San Sebastian is a small city (less than 200 000 inhabitants), capital of Gipuzkoa in the north of Spain, it is just 20 km away from the French border. Well known because of its culture, gastronomy and tourism in a special natural and architectural environment. Nevertheless, San Sebastian is also science and technology. 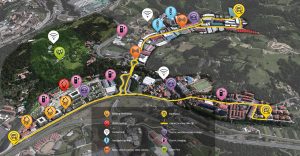 The district aims to become a nearly zero emissions district, a district branding in sustainability, thanks to the different interventions of the Replicate project, which seek an integrated strategy aiming for a smart district. The transition process is being enhanced in three areas:

The implementations, which are deployed in Donostia/San Sebastian pilot, are mainly concentrated in the Urumea Riverside district. This district has been selected for the planned integrated strategy in order to turn it into a smart district with nearly zero emissions, becoming a sustainability district brand. 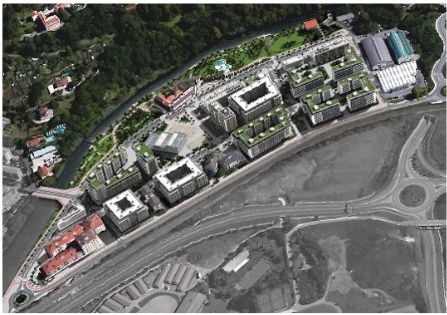 The district covers three sites with a surface area of around 200 hectares: residential area (Txomin neighbourhood), Industrial Park (Polígono 27, which has a capacity for 350 companies with 4,500 people) and a natural park (Ametzagaina, carbon reserve). The River Urumea crosses the district acting as the main axis of the district, which also represents a barrier, as well as being the cause of the area’s flooding problems.

This area was urbanised during the first half of the 20th century, with low energy efficiency buildings, whereby it has connection problems with the city centre and is at risk of social exclusion. To address this problem, San Sebastian City Council defined a special Urban Plan for the regeneration of the district in 2008, responding to the flooding problems, fostering the regeneration of the residential area, improving its connection with the city centre and fostering the transformation of the area’s economic activity from the traditional industry to services-oriented activity. 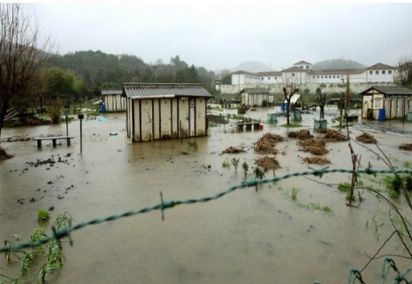 On the other hand, the city of San Sebastian, through Fomento de San Sebastián, designed the Donostia/San Sebastian Smart City Plan, an Action Plan for 2016-2020. An integral plan for the city’s smart strategy is established with the main challenge of establishing a strategic line with shared objectives and to give coherence and coordination to the public action.

Replicate has deployed its implementations in the Urumea Riverside District where further actions (in addition to the ones implemented in the Replicate project framework) are being implemented, and leaded by FSS: smart homes, actions to foster sustainable mobility, smart public lighting and a collaborative reflection process for the reflection process of the future of the neighborhood.

Furthermore, other specific projects have also been carried out pursuing the neighbourhood positioning strategy. Fomento de San Sebastián built the Enertic building on the Polígono 27, as an icon of the transformation of the economic activity. The bioclimatic building was constructed as a business and innovation concentrator for the sectorial promotion of companies in the smart field. These actions are enabling the district to position itself as a smart district with nearly zero emissions. 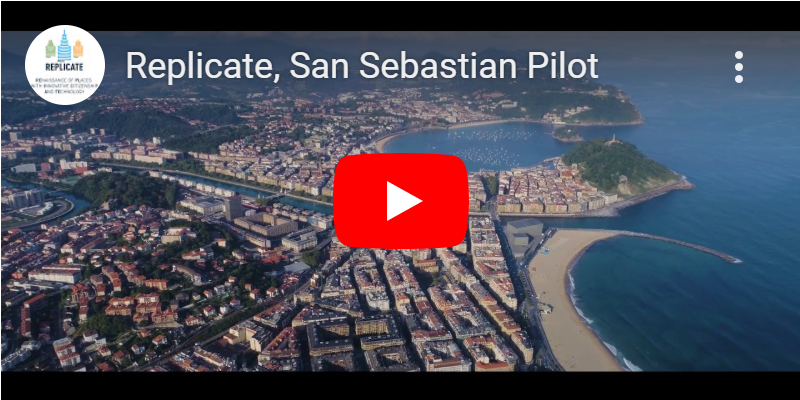 Watch the San Sebastian pilot’s video and discover how the

REPLICATE project is related to this Lighthouse City.

Discover more clicking on the banners: