Discover some facts about implementations and activities developed by project partners 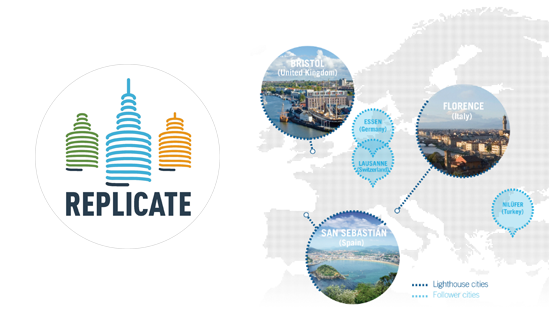 The different newsletters launched by Replicate during its project lifetime include a section about interviews to project partners in which different deployments are described. REPLICATE, a co-financed by the H2020 programme contract number 691735 (SCC1 European Call for Smart Cities and Communities) and coordinated by Fomento San Sebastian, is a Demonstration project that has deployed energy efficiency, sustainable mobility and ICT & infrastructuresolutions in the lighthouse cities of San Sebastian (Spain), Florence (Italy) and Bristol (England). The fellow or follower cities of Essen (Germany), Nilüfer (Turkey) and Lausanne (Switzerland)that look into replicating interventions in their cities.

During which are its last months before coming to an end, Replicate has launched its 7th newsletter in which interviews some of its partners: 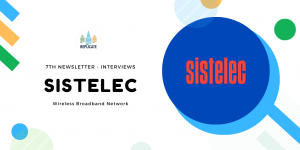 Sistelec from the San Sebastian pilot: The company, a wholesaler specialized in wireless communications, describes the installation and deployment of High-Speed ​​Network based in the Lighthouse City of San Sebastian. 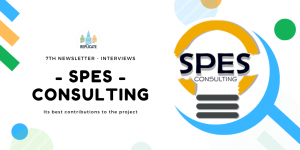 SPES – Consulting from the Florence pilot: This company, which offers services including strategic planning, studies execution and researches among others, has leaded the Workpackage 7 supporting cross cutting activities among the three pilots. In the interview, it tells, in more detail, how its experience has been within REPLICATE. 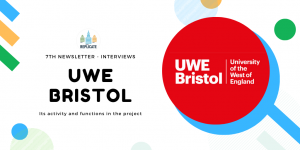 UWE – University of West England from the Bristol pilot: This university, has been in charge of planning, coordinating and analysis tasks towards effective monitoring and evaluation of the implementations. In the interview it describes more details and gives its opinion on certain aspects related to its activity in REPLICATE.