The Replicate project, represented by Bristol Lighthouse City and San Sebastián’s pilot partner Eurohelp Consulting, took part in the European Union’s Industry Day in Brussels during the 22nd and 23rd of February. 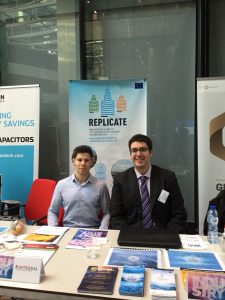 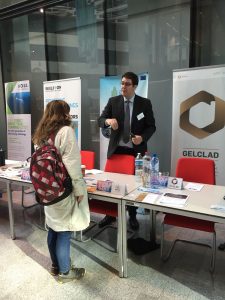 This year’s European Union’s Industry day was a two part event composed by a series of talks held at the Crown Plaza Hotel; and a space reserved for exhibition stands at the Convent Garden building in Brussels. During February the 22nd and the 23rd EU representatives, other Horizon 2020 projects, politicians and business associates had the chance to visit the exhibition and learn about the Replicate project at our stand.

Through the realization, and exhibition, of projects founded by the European Union with the aim to promote industrial competitiveness; the event seeked to enhance learning based on third party experiences and the emergence of synergies among stakeholders. As such, Bristol and Eurohelp, representing Replicate project, were able to discuss the project with various Policy Officers and stakeholders alike; ensuring a lasting impression and the spread of knowledge about our vision and objectives.

The two-day event ended with a speech by Lowri Evans, Director-General for the Internal Market, Industry, Entrepreneurship and SMEs, in which she gave official closing to both the talks and exhibitions with an impassionate speech about the future and the way forward. Afterwards, all parties involved in the event enjoyed a cocktail in the Covent Garden building.

The Replicate project is very much looking forward to future exhibitions to further disseminate the project’s goals and outcomes alongside its partners.