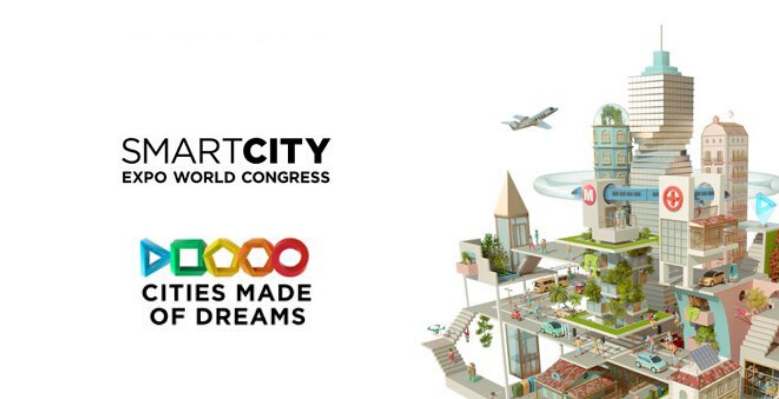 Replicate project was present in the Smart City Expo World Congress held in Barcelona from November 19th to 21st. It is estimated that 24.399 visitors, 1.010 exhibitors, 146 countries, more than 700 cities and more than 400 speakers have come.

In turn, it is worth noting the amount of activities that have taken place during those days. More than 90 side events, some of them workshops and the Agora Sessions, in which to discuss essential topics: digital transformation, urban environment, mobility, governance & finance and inclusive & sharing cities. Without any doubt, the event was an excellent meeting point for the whole smart city ecosystem and stakeholders as corporate leaders, public representatives, entrepreneurs, experts and academics from all around the world.

Several REPLICATE project partners actively participated in the stand, sharing experiences and knowledge with participants. It was also a good opportunity for the partners to take part in the different sessions organized in the stand. The first day, Fomento San Sebastian moderated the session about Smart Lighting where Leycolan (San Sebastián pilot partner) shared experiences. Next to them, they were also the City of Stockholm and ÖLÇSAN Teknoloji and all of them talked about Smart Public Lighting and IP services, discussing about the consumption savings and future of smart lighting. 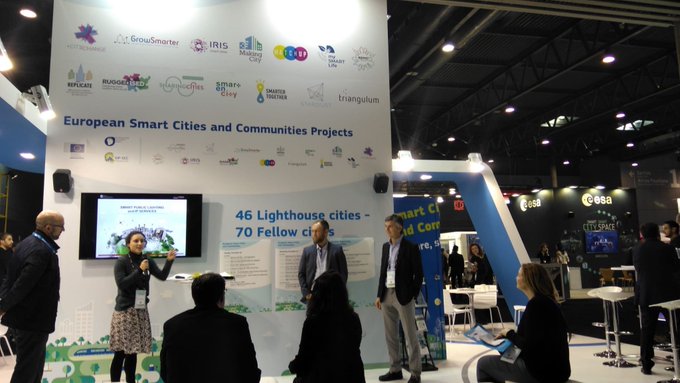 During the second day, Florence lighthouse city took part in the session about Smart City efforts “Creating Digital Twins and other tools for planning the Smart City”. In the afternoon, Fomento San Sebastian presented the REPLICATE Project and actions deployed in San Sebastian together with the city of Vitoria-Gasteiz (SmartEnCity) and Sestao (CityxChange).

Some lighthouse projects discussed about the future of the smart cities in the AGORA session: “What’s next for Smart Cities and Communities?” Fomento San Sebastian, project coordinator, represented the REPLICATE Project and shared opinions. Other projects such as Smarter Together, Ruggedised and MatchUp were also part of that space. 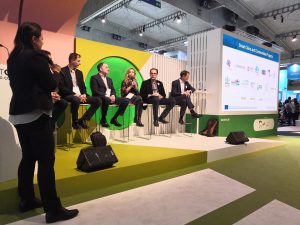 Apart from that, KWMC (Bristol pilot partner) was present at a session about Governance and Finance in the general conference, and presented the REPLICATE Project, among others. 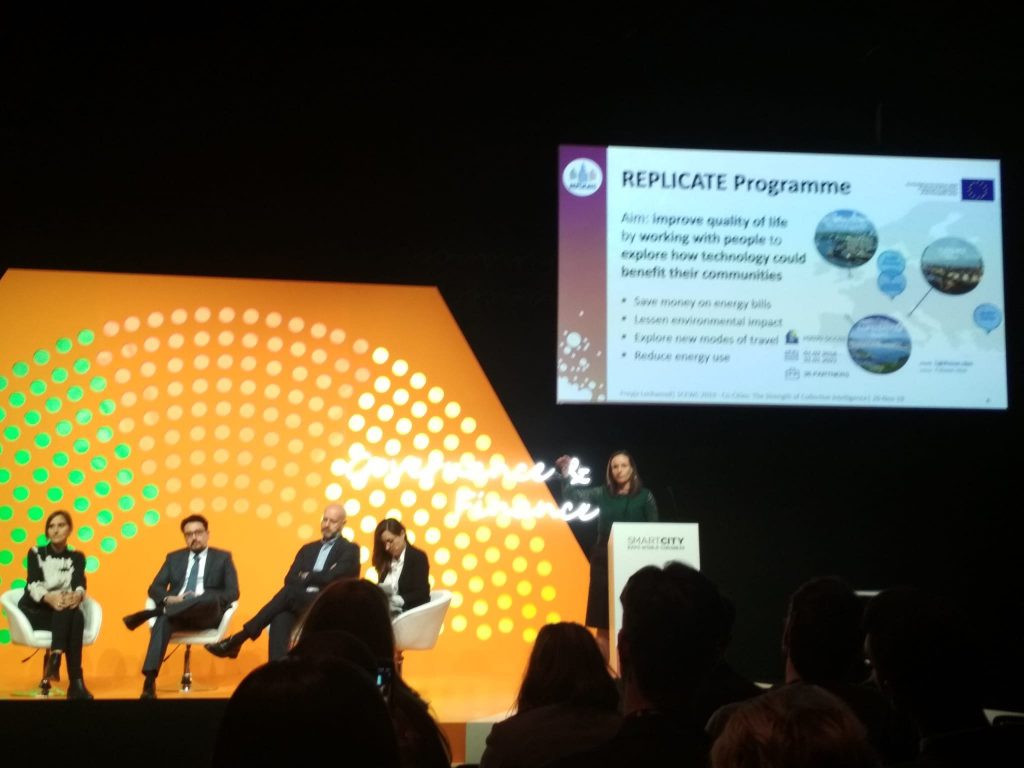 Florence, Bristol and ESADE, were also in the stand and the project partner Ikusi, also took part in the Congress with a stand and shared their experiences about the actions deployed in Replicate project, among others. 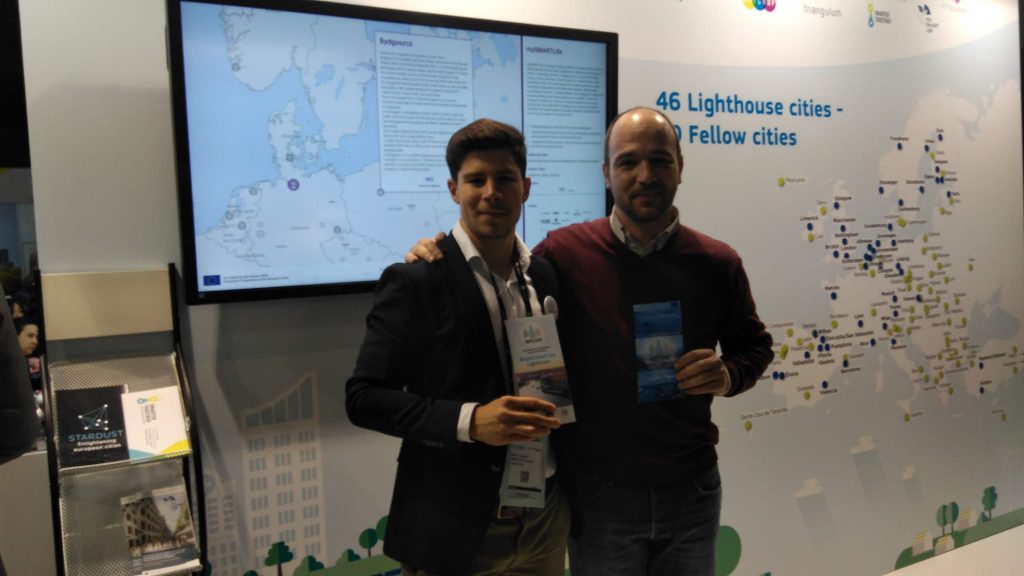 The event was also a good opportunity to organize meetings among the lighthouse projects and European institutions and to discuss the common work and next steps.

The night of smart cities and communities was celebrated in the stand and participants were invited to a cocktail and to share idea bout current implementations and challenges.

The REPLICATE Project wants to thank the organization of the event and the rest of sister projects who were part of it: SmartEnCity, Remourban, Triangulum, GrowSmarter, Smarter Together, Sharing Cities, Ruggedised, My Smart Life, IRIS, MatchUp, Stardust, +Cityxchange and Making City.

Here you can find the summaries of the three days of the event in video form: 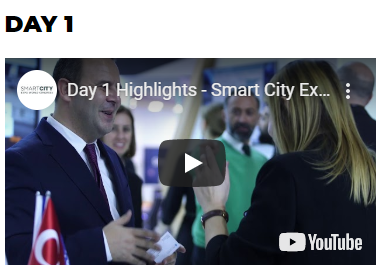 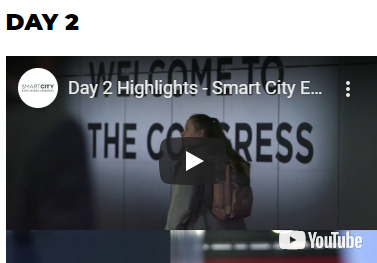 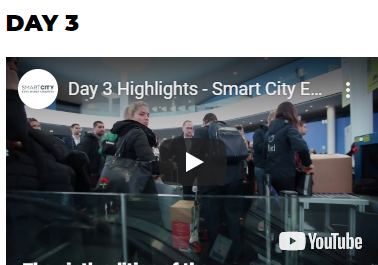 Now, the 2020 call for speakers is open and the date for the next year’s SmartCity Expo World Congress is going to be on November 17-19, 2020. It will also be the 10th anniversary of the event and the main topics are going to be digital transformation, energy & environment, mobility, governance, living & inclusion, economy, infrastructure & building and security & safety.

Save the date In addition to being a great meeting point, this year wanted to collaborate with a good cause with the money raised. All the money will go to reforesting the Parque Natural del Alto Tajo (Spain).