The Replicate project (Horizon 2020 Plan of the European Union) begins to be a reality in the Txomin Enea district of San Sebastián. The delivery of the first homes will take place in October and this will entail the start-up of the District Heating Energy Production Center, a district heating system that will provide heating and hot water to the new 1,500 flats. It is one of the main actions in terms of energy efficiency of the Replicate project led by San Sebastián, which together with Florence and Bristol, has launched the development of an smart city model in the areas of energy efficiency, sustainable mobility and ICT infrastructures. This model will be developed, optimized, demonstrated and validated, and would be replicable in other cities. 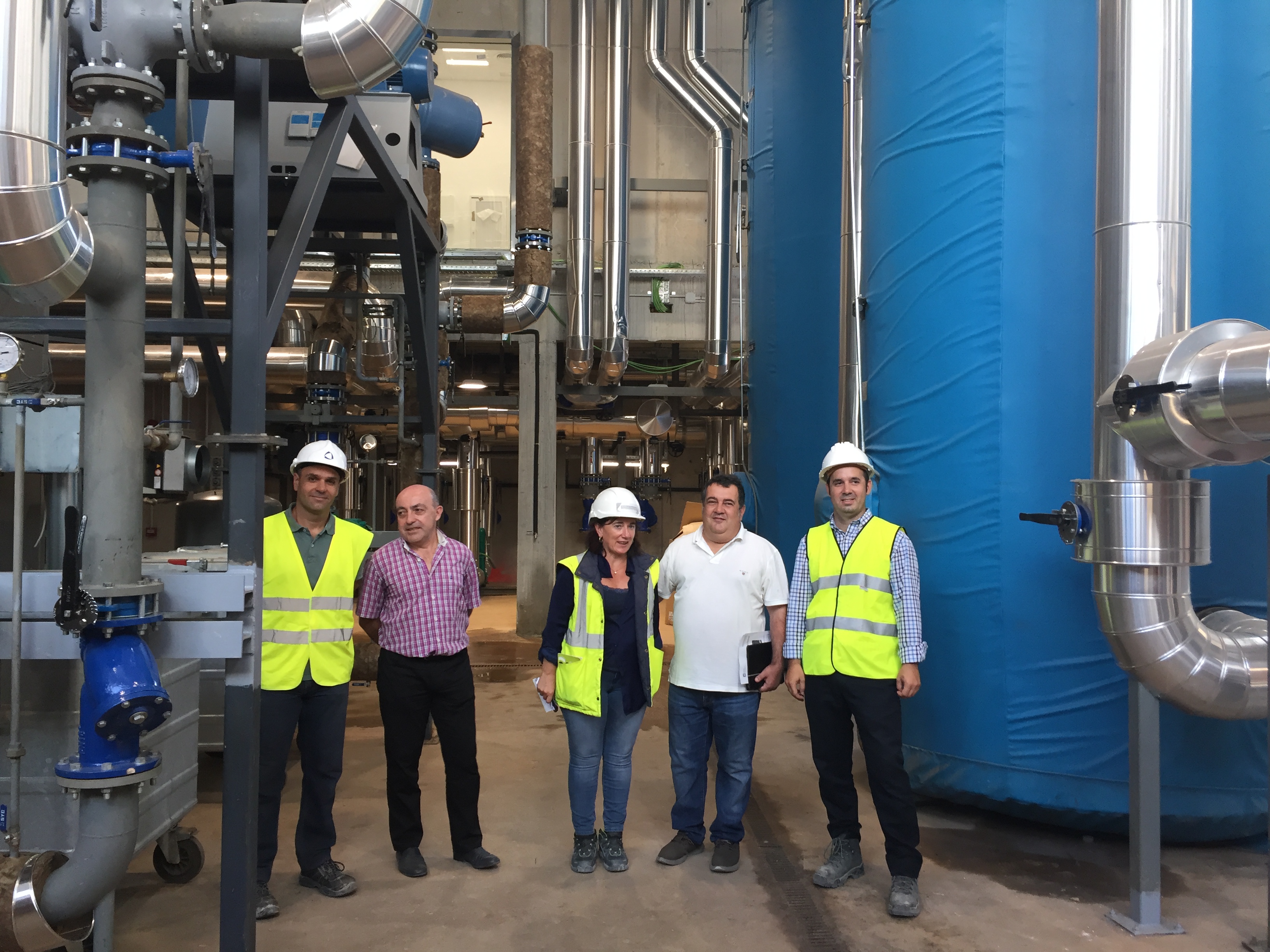 The Deputy Mayor of San Sebastian, Ernesto Gasco, point out that “these centralised heating systems have great advantages from an ecological point of view, because they use more efficient equipment and use renewable energy as their primary source, in this case biomass (forest chips), allowing reductions in CO2 emissions of over 80%. San Sebastian thus leads the way in the development of an smart city model”.

One of the keys to the operation of this District Heating systemlies in the technical characteristics of the equipment installed in the building, that is used to generate the necessary thermal energy and due to its guarantee and efficiency, reduces the primary energy consumption to a minimum to produce the maximum thermal energy. The plant will have a power output of 7,400 kW, with two biomass boilers of 1,400 kW (renewable energy) that will produce more than 85% of the total thermal energy required. The second key factor is the technical characteristics of the network of pre-insulated pipes that run underground and that will connect the production point to each of the buildings connected to the system with practically no heat loss throughout their entire length.

Very close to completion, the system as a whole was successfully tested at the beginning of August: the generation of thermal energy, distribution through the heat network of the development, and the equipment installed in the first building to be occupied. The results showed that the system worked perfectly, providing heating and hot water to each of the houses in the building and to each of their elements (radiators for heating, and hot water points).

The City Council, through Fomento de San Sebastián, will be the owner of the District Heating service, which has set the conditions for providing the service and the prices. As a result, users save between 10 and 15% on the price of the same energy with a conventional system and also have a total guarantee of maintenance and replacement without time limit that guarantees them that they will not have to face extraordinary expenses.

Another of the advantages of the District Heating system is that the residents will have an online platform that will monitor consumption and allow them to make individual heating decisions. In this way, they will be able to consult online daily consumption and expenditure , with the aim of improving the efficiency of the use of heating, since they will also have comparative information and proposals for improvement guidelines that will favour their energy sustainability.

Fomento de San Sebastián has financed the execution of the building and the thermal installations of the system for an amount of 2,886,541 euros, with a subsidy of 726,464 euros from the European Union, within the framework of the Replicate Project, and a financial contribution from the joint venture that will operate the service for more than 1,000,000 euros.

As well as the 1.500 new apartments, during January and June 2019, the 156 consolidated dwellings of Txomin will also be connected to the system, once they have been retrofitted with the participation of Giroa_Veolia. Giroa is the local partner in charge of the energy rehabilitation of the dwellings and their connection to the District Heating system, a member company of the San Sebastián Smart cluster.

The REPLICATE (Renaissance of Places with Innovative Citizenship and Technology) project, co-financed under the H2020 programme contract number 691735 (European call for proposals SCC1 Smart Cities and Communities), consists of an international consortium of 38 partners, made up of cities, companies, universities and technology corporations. These include three lighthouse cities, San Sebastian, Florence and Bristol and three followers, Nilüfer (Turkey), Lausanne (Switzerland) and Essen (Germany). The project has a budget of more than 29 million euros for the three cities, with funding for the city of San Sebastian of around 11 million euros. The duration of the project is five years, the last two years being devoted to the monitoring of the implemented actions.