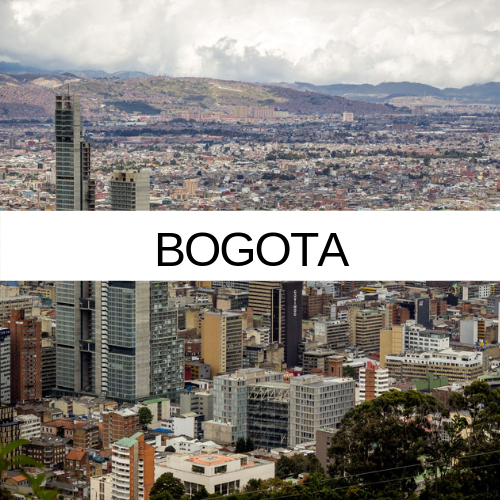 Bogota is the capital of Colombia and the political, economic, administrative, industrial, artistic, cultural, and sports center of the country. The city is the third-highest capital in South America and in the world after Quito and La Paz. Subdivided into 20 localities, Bogota has an area of 1,587 square kilometres and a relatively cool climate that is constant through the year.

The city is home to central offices of the executive branch, the legislative branch and the judicial branch of the Colombian government. Bogota stands out for its economic strength and associated financial maturity, its attractiveness to global companies and the quality of human capital. It is the financial and commercial heart of Colombia, with the most business activity of any city in the country. The capital hosts the main financial market in Colombia and the Andean natural region, and is the leading destination for new foreign direct investment projects coming into Latin America and Colombia. It has the highest nominal GDP in the country, responsible for almost a quarter of the nation’s total (24.7%).